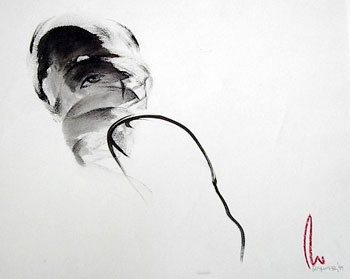 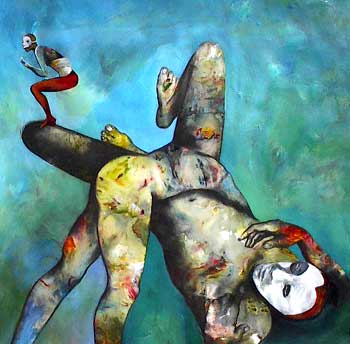 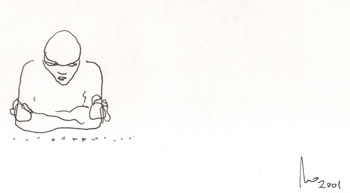 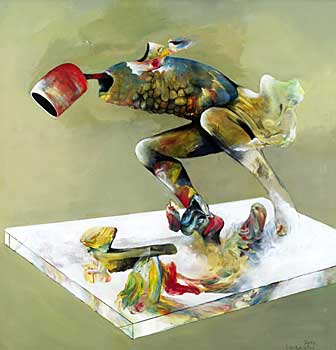 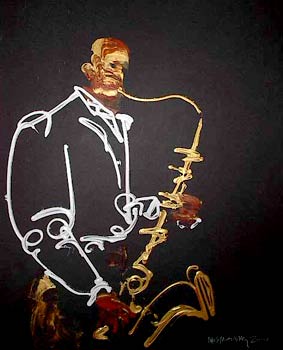 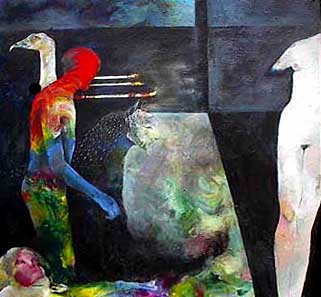 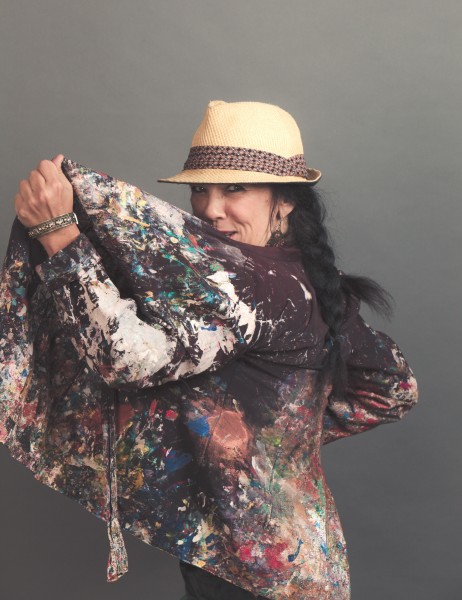 Nancy Ostrovsky was born in North Africa and lived in various countries in Asia. Her early influences in Asia permeate her work in a way that is uniquely original. Her paintings reflect some of the reflections of growing up in different Asian countries particularly Taiwan, the Philippines and Bangladesh. Living in these countries, left images and reflections about universal themes of human aloneness and human interactions that take place everywhere and in all cultures.

Ostrovsky has exhibited in Germany, New York, Boston and California. Her work is included in many private collections and public collections that include HBO, Young Audiences, Very Special Arts, American Society of Hypertension. Huntington Town Hall and a collection of 40 paintings owned by the Green Street Grille in Cambridge, Massachusetts.

Another aspect of her work involves “Painting To Music” in performance with musicians which she has done for more than 36 years. Ostrovsky has been called “one of the pioneers of performance painting.” Her “Paintings To Music” are done “live” while Ms. Ostrovsky is on stage with the musicians as they play. Ostrovsky uses the immediacy of the musicians, the music and environment to record the performance in a highly original and innovative context.